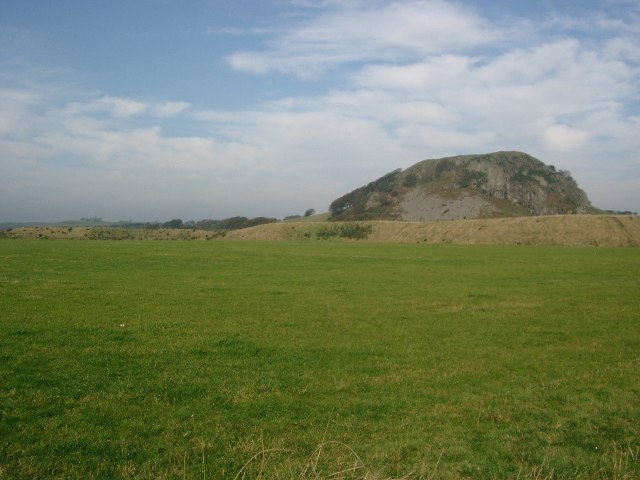 Now ask those same schoolchildren what the Bruce’s most important military victory was, and they will, of course, answer the Battle of Bannockburn. This battle was his most impressive and one of the most significant battles in that it finally drove the English from Scotland and opened the north of England to Scottish raids which would eventually culminate, in 1328, to England accepting Scottish sovereignty. However, Robert Bruce’s most important victory, arguably, was at the Battle of Loudoun Hill in Ayrshire. This was the Bruce’s first major victory and the turning point in his fortunes.

In 1305, the Scottish independence fighter, William Wallace was captured and brutally executed in London. King Edward I of England’s control of Scotland seemed assured.

However, in 1306, Robert the Bruce began to make moves against Edward. He murdered John ‘the Red’ Comyn , his main rival for the crown of Scotland within sacred ground in the Greyfriars Kirk, Dumfries. He immediately moved to have himself inaugurated as King of Scots at Scone in March 1306. An enraged Edward declared that no quarter would be given to Bruce or to those who supported him and dispatched Sir Aymer de Valence, the Earl of Pembroke with an army to deal with Bruce’s rebellion.

Valence, who happened to be the brother-in-law of the murdered Comyn, inflicted a heavy defeat on Bruce at the Battle of Methven in June 1306. Fleeing west, Bruce was then defeated a second time at Dalrigh by a force from the Clan Macdougall whose leader was also a relation of Comyn. Following this defeat, the remainder of Bruce’s army was dispersed and many of his family members were captured, each facing execution or lengthy periods of imprisonment. Robert the Bruce, himself, evaded capture and fled the mainland and went into hiding amongst the Western Isles or possibly in Ireland. It was during this low point in King Robert’s life that the legend of the tenacious spider spinning it’s web is said to have inspired him to continue his efforts.

Bruce returned to the mainland in early 1307 at Turnberry. He now switched to using guerrilla tactics; they had worked for William Wallace before the disaster at Falkirk, after all. Robert’s forces ambushed the English at Glen Trool in April 1307 before meeting the enemy in pitched battle at Loudoun Hill.

Bruce had learned his lesson from his defeat at Methven. There he had been unprepared and ambushed after taking Valence at his word. Bruce had been prepared to observe the gentlemanly conventions of feudal warfare and invited Valence to leave the walls of Perth and join Bruce in battle. Valence declined and the king, perhaps naively believing that the refusal was a sign of weakness, retired only a few miles, to nearby Methven where he made camp for the night. Before dawn on 19th June 1306, Bruce’s army was taken by surprise and almost destroyed.

The lesson had been learned. Chivalry was dead.

Nearly one year later, Robert the Bruce and Aymer de Valence would again face one another. The outcome would be very different. Valence challenged Bruce to fight after the Scot’s success at Glen Trool. Bruce accepted the challenge and the battle was fought on the plains under Loudoun Hill on 10th May 1307.

Bruce took the opportunity of the challenge to prepare his ground, cutting three ditches inward from the edge of the bogs, leaving 90 metre gaps in the centre which were to be guarded by dismounted pikemen, while soil embankments with ditches protected the flanks. This forced the English to approach through the narrow front created by their opponents, restricting their movements and deployment capabilities effectively neutralising their numerical advantage. It was reminiscent of William Wallace’s great victory at the Battle of Stirling Bridge, with the same filtering effect at work.

King Robert gathered his small force of 500 to 600 men and awaited the approach of Valence’s 3,000 strong army. The English force was split into two squadrons as they advanced on the smaller army. The Scots used their spears to great effect against both men and horses, leaving many dead and wounded. The English assault began to collapse. The Scots seeing their enemy begin to falter, charged their opponents who broke and fled the field. However, the Scottish army would have been unable to chase down their routing opponents for long due to them being on foot and not horseback.

None of the sources for the battle provide any indication of the losses suffered by either force, but we can safely assume that the number of casualties would have been lower than other medieval battlefields due to the lack of any meaningful pursuit of the routed English army.

King Edward finally began to recognise that Bruce was a serious threat and resolved to deal with him personally. This approach had proved successful for him in the past. He gathered a new army and began his march northwards. However, Edward developed dysentery and his health was failing fast, and on 7th July 1307 Edward died at Burgh-by-Sands, near Carlisle. Without his leadership, the planned invasion faded away. His son, Edward II, made an attempt to continue the invasion but he had too many responsibilities demanding his immediate attention at home. For the next seven years, Edward II was too busy with domestic issues to send any major force north of the border against Bruce.

Robert Bruce did not just sit on his haunches for those seven years. He took the opportunity in the reduction of English activity to consolidate his position within Scotland. He moved to challenge his internal enemies, principally the Comyn family and their allies. The king moved his Royal Army north and fought a series of actions, including the Battles of Barra and Pass of Brander, that delivered Scotland into his hands. He also turned the former Comyn lands in the north-east into a stronghold of his own support through terror tactics and placing his own friends on the seats of power in the area.

By the time that Edward II came back “seven years later” it was to relieve the beleaguered English garrison at Stirling Castle. He never made it. He and his army were stopped just short at the Bannock Burn.

To learn more on King Robert’s time in exile and the lead up to the Battle of Loudoun Hill then I highly recommend the Netflix movie Outlaw King. The film does contain some artistic licence and historical inaccuracies but it is a highly entertaining watch and the history, generally, is pretty spot on if a little out of sync.