Jesus of Nazareth was born in the Roman Empire around 2,000 years ago, during the reign of the first emperor, Augustus Caesar. At the time Augustus was being stylised, amongst other things, as “the Son of God” and it is important to note that at the time being thought of as the son of god, or at least the son of a god was not an unusual thing. It is, however, one thing to believe that the most powerful man in the world is the son of god; it is quite another thing altogether for a poor Jew living on the periphery of the Empire to be thought of as “the Son of God”.

Jesus was one of many teachers spreading his ideas throughout the Roman Province of Judea (others included the likes of John the Baptist and Gamaliel) and was part of a messianic tradition that helps us to understand why he is thought of not only as a teacher but as something much more – he was, to his followers, their saviour sent from God.

Before we go any further with Christ, his teachings or the religion that stemmed from them, Christianity, we must first go back and explore another religion: Judaism. Any understanding of Christianity must start with Judaism as Jesus was born a Jew and grew up living under the Jewish tradition.

The people that would become the Jews were one of many tribal groups that were scratching out an existence in the not very fertile crescent world of ancient Mesopotamia after the agricultural revolution. Initially the Hebrews worshipped many gods and made animal sacrifices in order to bring good weather and fortune. However, this group eventually began to form another type of religion altogether, one centred around a concept that would become the key idea behind all of the great western religions: monotheism; the idea that there is only one true god. These people also developed the second theory that would become crucial to their religion: the idea of covenant; a deal with god.

The main man of this new Hebraic religion was Abraham and he is regarded as the common patriarch of the Abrahamic religions (Judaism, Christianity and Islam). It is hard to understand the Jewish religion without first understanding Abraham. When he was the ripe old age of ninety-nine the Lord God appeared to him and said:

“I am God Almighty; walk before me faithfully and blameless. Then I will make my covenant between me and you and will greatly increase your numbers.” Genesis 17:1-2

The covenant entered into by Abraham and God stated that Abraham would have many descendants and that they would forever hold the land of Canaan. There was, however, a catch…

These were the terms of the deal and in exchange God had chosen Abraham and his descendants to be part of a great nation. It is from this interaction and covenant between God and the chosen Abraham that we get the expression the “Chosen People” to refer to the Jews.

There are several important things to know about the Jewish God:

So this is the God of the Hebrews and despite numerous ups and downs they have stuck with Him for, according to the Hebrew calendar, 5,700 years and He has stuck with them too despite them occasionally being a disappointment to Him (e.g. the Golden Calf episode). This has led to various miseries and tragedies throughout their history and a tradition of prophets speaking to God and warning the people to get back onto the correct path lest they experience further misery. 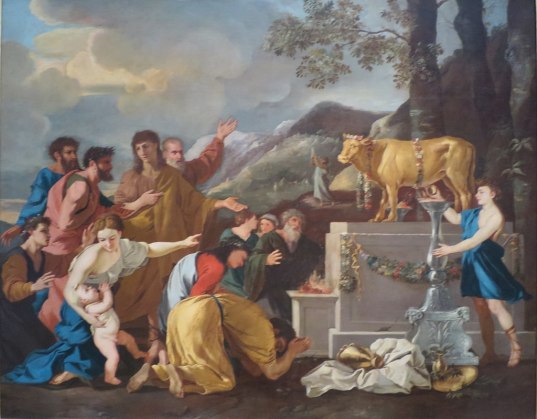 The Son of God

By the time of Jesus’ death, Judea was under the control of Herod Antipater. Both Herods took their orders from the Romans and both appear on lists of oppressive rulers of the Jews, partly because they suppressed religious freedoms and partly because both men sought to force Greek tradition, architecture and philosophy into the region. In response to these Hellenistic influences lots of preachers were attempting to get the Jews to return to the traditions and godly ways of the past: Sadducees; Pharisees; Essenes; and Zealots all taught their congregations the old ways of Jewish tradition. 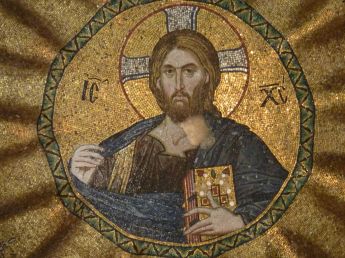 One of these preachers who did not fit squarely into any of these groups was Jesus of Nazareth: a preacher who spread his message of peace, love and justice across Judea. He proved to be remarkably charismatic and attracted small but incredibly loyal groups of followers and it is said that the man could perform miracles (although it is worth noting that the ability to perform miracles was not that uncommon at the time). Jesus’ message was particularly resonant with the poor and downtrodden with its very anti-authoritarian flavour. He said that it was easier for a “camel to get through the eye of a needle than for a rich man to get into heaven”; “the meek were blessed”; and “the last would be first, and the first would be last”. This is obviously pretty good stuff to hear if you happen to be poor, whilst simultaneously very threatening to the powers that be.

The powerful elites who felt threatened by Jesus’ messages and teachings had him arrested, tried and executed in the normal manner of killing rebels at the time: crucifixion. The Romans killed Jesus because he was a threat to their power and authority in the region but later accounts tell us that it was the Jews who had Jesus killed but this is both an unfortunate and untrue rewriting of history.

We are not going to discuss the divinity of Jesus here but what matters is that some people of the time believed Jesus to be the Messiah, the “Son of God”, who would once again return someday to redeem the world. This leads to two questions about Christianity:

So, just why would people believe Jesus to be the Messiah? Firstly, the Jews had a long tradition of believing their saviour would come to them during a time of trouble. The people of Judea living under King Herod and the yoke of the Romans definitely viewed their time as one of trouble. Many of the historical prophecies pointed towards someone whose life looked a lot like that of Jesus of Nazareth’s. For example the book of Isiah describes how the saviour will be a person who is both misunderstood and mistreated:

“He was despised and rejected by mankind, a man of suffering, and familiar with pain. Like one from whom people hide their faces he was despised, and we held him in low esteem.” Isiah 53:3

Other prophecies, such as Daniel 7:14 explained that a new everlasting kingdom would appear when the Messiah came and this had to sound good to people who had had their autonomy taken away and assimilated into this sprawling multi-ethnic empire.

It was only natural that some religious Jews saw Jesus as the one foretold in their religious scriptures and came to believe that during his lifetime, or shortly thereafter, that he was the Messiah. Most probably thought that the new everlasting kingdom was right around the corner (this would explain why no one actually bothered to write about Jesus’ life for several decades, by which point it would be clear that they may have to wait a little longer for this new everlasting kingdom).

It is worth noting, at this point, that the idea of Messiah was not unique to the Jews and that the Roman poet Virgil wrote of a boy who:

“shall free the earth from never-ceasing fear. He shall receive the lives of gods and see heroes with gods commingling, and himself be seen of them, and with his father’s worth reign o’er a world at peace.”

Virgil was actually writing about the Roman Emperor Augustus, not Jesus Christ. There are some similarities between the two “saviours” though: both were known as the Son of God; both were reputed to be the Saviour of the World. However, one ruled the largest empire in the western world whilst the other believed that same empire and the world needed to be dramatically changed.

That brings us to our second question about early Christianity: why did the wealthy Son of God become far less historically influential than the son of the carpenter. There are several possible reasons why this happened.

Firstly, the Romans continued to make things worse for the Jewish population living in Judea. The situation became so untenable for the Jews that they revolted between 66 and 73 CE. This uprising did not go well for the Jews and resulted in the Jewish expulsion from Judea, known as the Jewish Diaspora. With no major temple and no geographical unity, the Jewish people had to solidify what it truly meant to be Jewish and what the basic beliefs of their religion were. This forced the followers of Jesus to make a decision: either continue to be Jews, following the stricter laws set forth by their local Rabbis or to become something else entirely. The decision to open this new religion to gentiles (non-Jewish people) is the primary reason why Christianity could become a world religion rather than a sect of Judaism.

The second historical reason that Christianity exploded in popularity was that Saul of Tarsus received a vision whilst on the road to Damascus. Saul changed his name to Paul and began corresponding with Jesus’ followers throughout the Mediterranean world. Paul ardently declared that the followers of Christ did not need to have been Jews or circumcised. This opened the flood-gates to anyone wishing to convert to the new religion. One thing that must be noted about Paul is that he was a Roman citizen who could freely travel throughout the Roman Empire, allowing him to make the case for Christ to lots of people and facilitated the geographic spread of Christianity.

Finally, Christianity was born and flourished in an empire which possessed a common language, Latin, that allowed for its spread. Crucially, this empire was in decline. Even as early as the first century CE the Roman Empire was on the way down. For the average person (and even some of the elites) things were not as good as they had once been and Roman religion offered no promise of an awesome afterlife; all it offered was a pantheon of squabbling, petulant gods. You really cannot blame the early Christians for nailing their colours to the Christian mast when you consider what the alternative was.

Even though the early Christians were persecuted by the Roman state and sometimes fed to the lions, the religion continued to grow slowly. In fact the persecution of Christians almost certainly made Christianity even stronger. That whole martyr thing at the core of the religion helped the cause. Think of it from the perspective of a devoted Christian: “If Jesus died for our sins, we need to hold fast in our belief in him, despite how badly we are being persecuted. He suffered through it, and so can we.”

As the decline of the empire continued Emperor Constantine legalised the practice of the religion, before eventually converting himself in 312 CE. Rome may not have been what it used to be but everyone still wanted to be just like the emperor. Christianity, as a religion, had really taken off.

Enjoy this? Then check out the rest of the series in the links below: